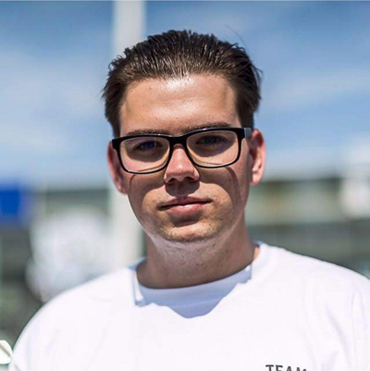 Micheal Evans joined Faith Matters in September this year to lead the SAFE campaign. After experiencing first-hand what it is like to want help in this situation and not be able to find it, Micheal decided it was time he did something personally to change this. Micheal will be on the front-line of our service, dealing directly with families and individuals to make sure affected families do not feel isolated and to stop other vulnerable individuals from slipping into extremism.

In 2015, Micheal and his Mother Sally Evans shared their heart-felt account of what happened in the channel 4 documentary ‘My Son the Jihadi’. This documentary reached an international audience and received a number of nominations and awards, including nomination for the 2016 International Emmy for Best documentary and winner of the 2016 BAFTA Best single documentary award.

Micheal has taken it upon himself to read further into the issue of extremism and factors that can lead to radicalisation. This extensive knowledge, combined with his personal story has made him a well-respected and credible voice in this field. In 2015, he sat on a Radio 1 Newsbeat panel to discuss why people are attracted to ISIS and what should be done to tackle ISIS following the Paris Attacks. In addition to this, he has shared his story and held Q&A sessions concerning safeguarding at a number of NHS Safeguarding conferences across the South East.

Micheal first spoke out about the lack of family support and including families in counter-extremism initiatives in a multi-agency conference in Paris 2016. This opened the conversation on an international level. He has since been and continues to be in contact with leading experts on the importance of supporting families and their role in countering violent extremism. Micheal has already personally reached out and supported families affected by extremism across the U.K. and in Canada and Denmark.