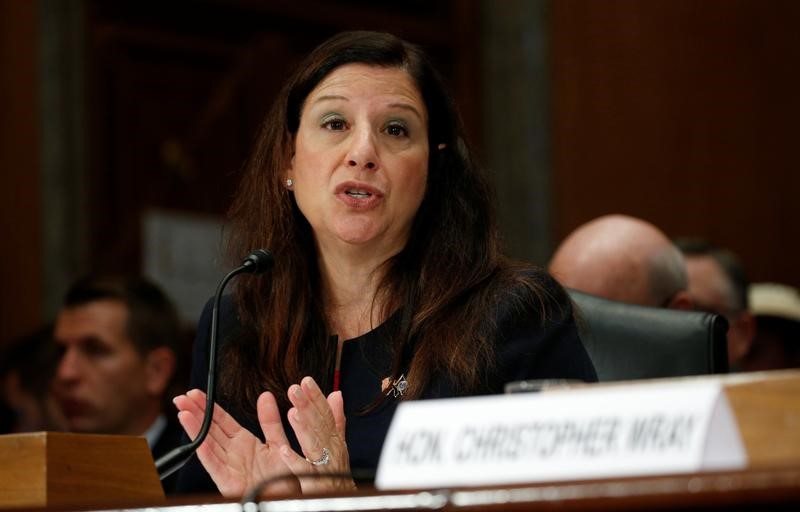 The United States and Britain will push social media firms at a meeting of G7 interior ministers this week to do more on the issue, Duke told reporters in London where she had been meeting British Home Secretary (interior minister) Amber Rudd.

Duke said there had already been a change in the attitude of tech companies since a rally organized by white supremacists in Charlottesville, Virginia, in August turned deadly when a counter-protester was killed by a car driven into a crowd.

“There has been a shift and for us somewhat with the Charlottesville incident,” she said. “There are a lot of social pressures and they want do business so they really have to balance between keeping their user agreements and giving law enforcement what they need.

“The fact they are meeting with us at G7 is a positive sign. I think they’re seeing the evidence of it being real and not just hyperbole.”

After a series of Islamist militant attacks this year, British Prime Minister Theresa May and her ministers such as Rudd have been demanding action from tech leaders like Facebook &lt;FB.O&gt;, Google &lt;GOOGL.O&gt; and Twitter &lt;TWTR.N&gt; to do more about extremist material on their sites.

British politicians have also called for access to encrypted messaging services like Facebook’s WhatsApp, a campaign that U.S. Deputy Attorney General Rod Rosenstein gave his backing to after meeting Rudd and the head of the UK domestic spy agency MI5 last week..

Internet companies say they want to help governments remove extremist or criminal material but say they have to balance the demands of state security with civil liberties.

“We would like to have the ability to get encrypted data with the right legal processes,” said Duke.

Asked what action governments might take if social media firms failed to act on improving their removal of extremist material, she said: “We will continue to push as far as we can go. I think that we have the cooperation of those companies and we just need to work on that.”

Authorities say propaganda from Islamic State has played a major part in radicalizing people in the West but despite its defeat in its capital Raqqa in Syria, Duke said the group’s online presence was likely to increase.

“I would surmise being able to put terrorist propaganda on the internet might become more imperative,” said Duke, who described the terrorist threat to the United States as being as high as it had been since pre-9/11.

She also warned that those who turned to violence by being radicalized by such material posed a bigger problem than the comparatively small number of fighters who had joined the militant group returning to United States.

“The number of foreign fighters we have returning is declining,” she said. “The number of home-grown violent extremists, most of them inspired by terrorist organizations, is increasing.”