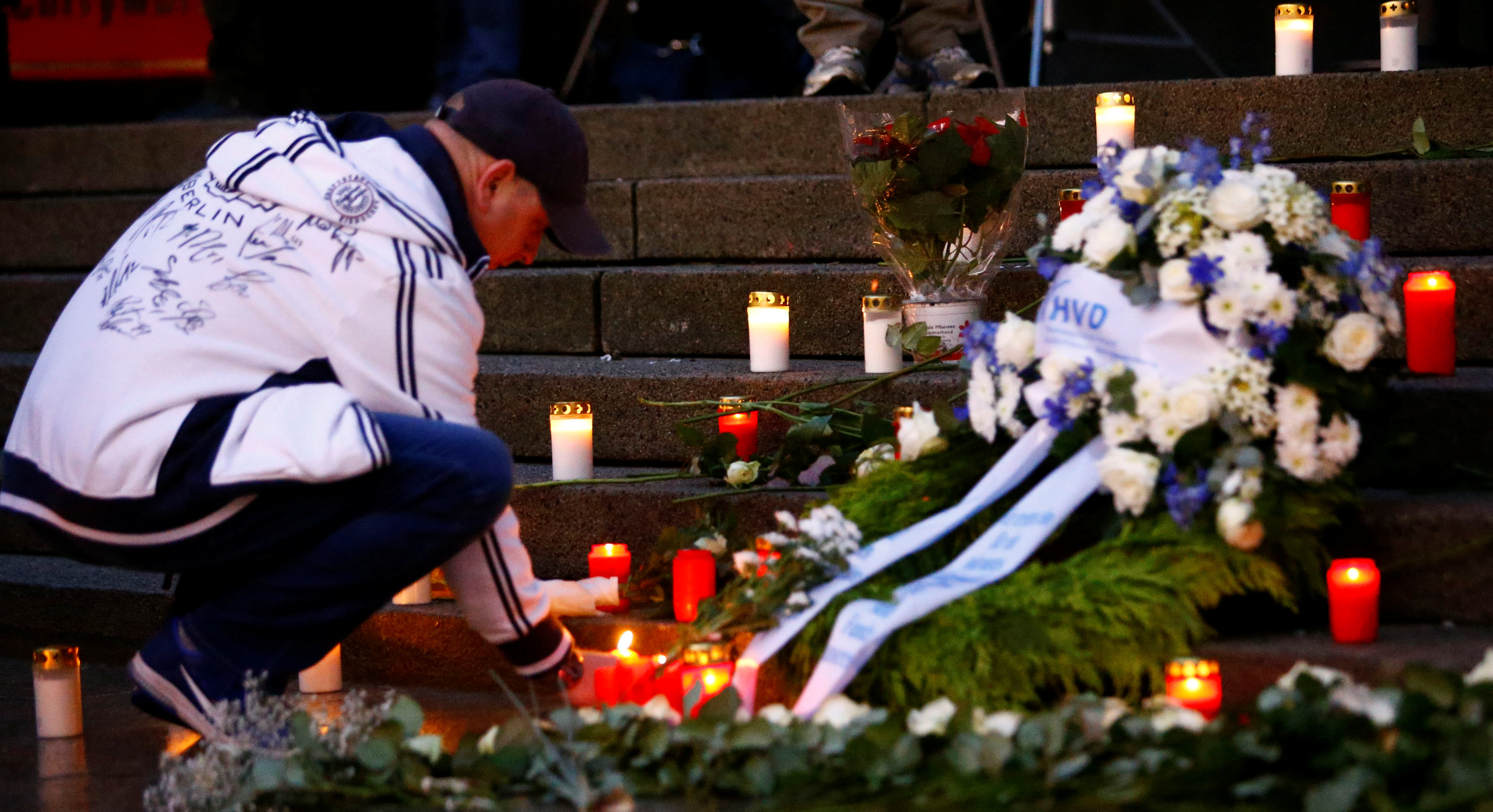 Germany should learn from security shortcomings exposed by a deadly truck attack on a Berlin Christmas market a year ago and increase aid to survivors and families of victims, Chancellor Angela Merkel said on Tuesday.

Anis Amri, a failed Tunisian asylum seeker with Islamist links, hijacked a truck on Dec. 19, 2016, killed the driver and then ploughed it into a crowded market place, killing 11 more people and injuring dozens of others.

Merkel spoke on the anniversary of the attack at the unveiling of a memorial on the Breitscheidplatz square where it took place. The ceremony came amid criticism from families of the victims and from survivors about the government’s handling of the incident.

“Today is a day for mourning but also a day for the determination of making things better that did not work (in the past),” Merkel said.

Merkel, who met victims and relatives of those killed at the chancellery on Monday, said she would meet the group again in a few months to provide updates on lessons learned from Germany’s worst Islamist militant attack.

Hundreds of people gathered with candles at the site after a church service at the Kaiser Wilhelm Memorial Church that was also attended by Berlin mayor Michael Mueller and former German President Joachim Gauck.

The church bells tolled for 12 minutes, one minute for each of those killed, at 8:02 p.m., the precise time when the attack occurred.

The normally crowded Christmas market at the plaza remained closed all day on Tuesday.

The memorial shows the names of the victims carved on the steps of the Kaiser Wilhelm Memorial Church near the scene of the attack. A long crack filled with metal and gold alloy runs through the steps and the Christmas market.

President Frank-Walter Steinmeier said support for the victims of the attack came late and had not been sufficient.

“It’s bitter that the state could not protect your relatives,” Steinmeier said addressing the families.

German Justice Minister Heiko Maas said the government had not been well enough prepared to avert such an attack.

“We can only apologise for the victims and the surviving relatives,” Maas wrote in an article published in Tagesspiegel paper on Tuesday.

Dozens of protesters rallied near the Breitscheidplatz, carrying signs expressing solidarity with the victims but warning against turning the tragic event into a rallying cry against Islam, as some far-right groups have sought to do.

“I’m angry about the right wing’s efforts to instrumentalise this,” said Martin Pfaff, who organised the event. “That’s why we’re making clear that racism cannot be an answer to terrorism.”