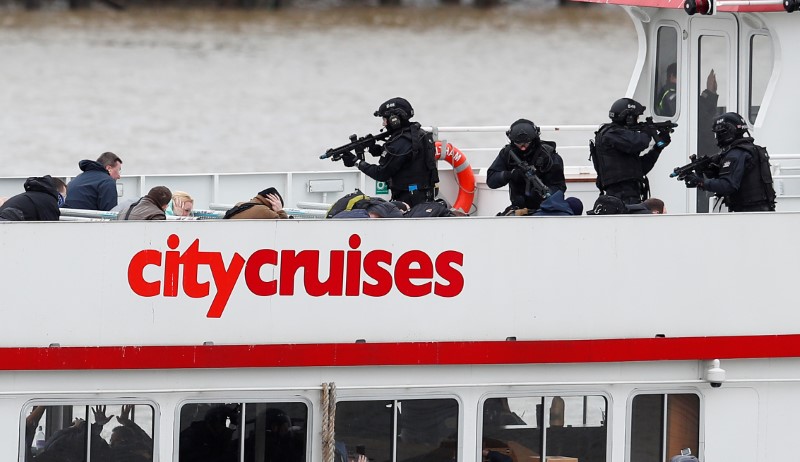 Prevent is a key strand of Britain’s security strategy which was launched in 2003 to combat extremism after the Sept 11 attacks on the United States. It has grown in prominence since the 2005 suicide attack on London’s transport network which killed 52 people and the rise of the Islamic State in recent years.

It has been dogged since its inception by claims that it is used to spy on Muslim communities and a 2015 government edict instructing public bodies such as schools, health workers and universities to report concerns further exacerbated those fears.

The first official Prevent figures from Britain’s Home Office (interior ministry) showed that of the 7,631 individuals thought to be at risk of being drawn into terrorism from April 2015 to March 2016, almost a third were children.

Of all those referred, only five percent, the 381 assessed to be the most at risk, were eventually deemed to need support from specialist mentors in the voluntary, de-radicalisation scheme known as Channel.

Some 63 individuals withdrew from the process and the Home Office said there was no data about whether they or any others who had been referred to Prevent or gone through the Channel process had later gone on to be involved in extremism.

Two-thirds of Prevent referrals were made over fears of Islamist extremism and 10 percent because of far-right concerns. The vast bulk came from the education sector and police, with 2,127 aged under 15, including 532 girls, and 2,147 aged 15 to 20, with 420 female.

A senior Home Office official, who spoke on condition of anonymity, cited the case of a nine-year-old boy who had been referred to Prevent after he stood up in class and said he supported Islamic State.

The boy, who had been bullied at school, had been watching IS execution videos after searching for news coverage after the Paris attacks. After a year of support, his life was turned around, the official said.

“What IS and these groups have understood is young people need narratives and they’ve created narratives which make a very complex world seem very simple.”

Britain suffered four militant attacks this year that killed 36 people – the deadliest spate since the London “7/7” bombings of 2005.

Britain’s Home Secretary has been meeting representatives of leading U.S. tech firms Facebook, Google, Microsoft and Twitter in Washington this week as part of her ongoing effort for them to do more to tackle online extremism.

A Prevent coordinator said the proliferation of extremist online content was an accelerant rather than a cause.

“It’s the petrol going on the fire, but it’s not the tinder which sparks the flame in the first place,” he said.